×
Menu
Cart 0
We wanted to do a real world test of the best ISO rating of CineStill in Tungsten light. So we built a rig that synchronized 4 Nikon cameras with 50mm lenses on them, in order to test 4 great film stocks rated at different ISO's. Though CineStill is natively an EI500 film, we expected it to to prove comparable to an ISO800 film in low light. As a low end control we also threw in a roll of professional 400 speed emulsion, just in case it fell somewhere in between. As you can see, CineStill outperforms 800 speed emulsions in grain, color, and detail. Perhaps it would be more aptly named "800Tungsten". :-)

Below are clincal exposure readings for skin tone at ISO 400-1600. There was no push processing on any of the films, and they were developed together in standard C-41 chemistry. We synchronized the shutters on 2 Nikon F100 cameras and 2 F3's. Lenses were all Nikon 50mm; 1.2 AIS, 1.4 AF, 1.4 AFD, 1.4 AIS, respectively. They were then scanned at high resolution on a Fuji Frontier, and corrected in the scanner to match optimal color. The daylight film stocks required much more correction than most professional labs would be will give attention to. The Portra 800 actually had to be rescanned to go beyond the maximum yellow and red correction permitted in the scanner. All the daylight films straight scanned with nasty orange color cast, except for the CineStill, which only required some density and minor color balance. 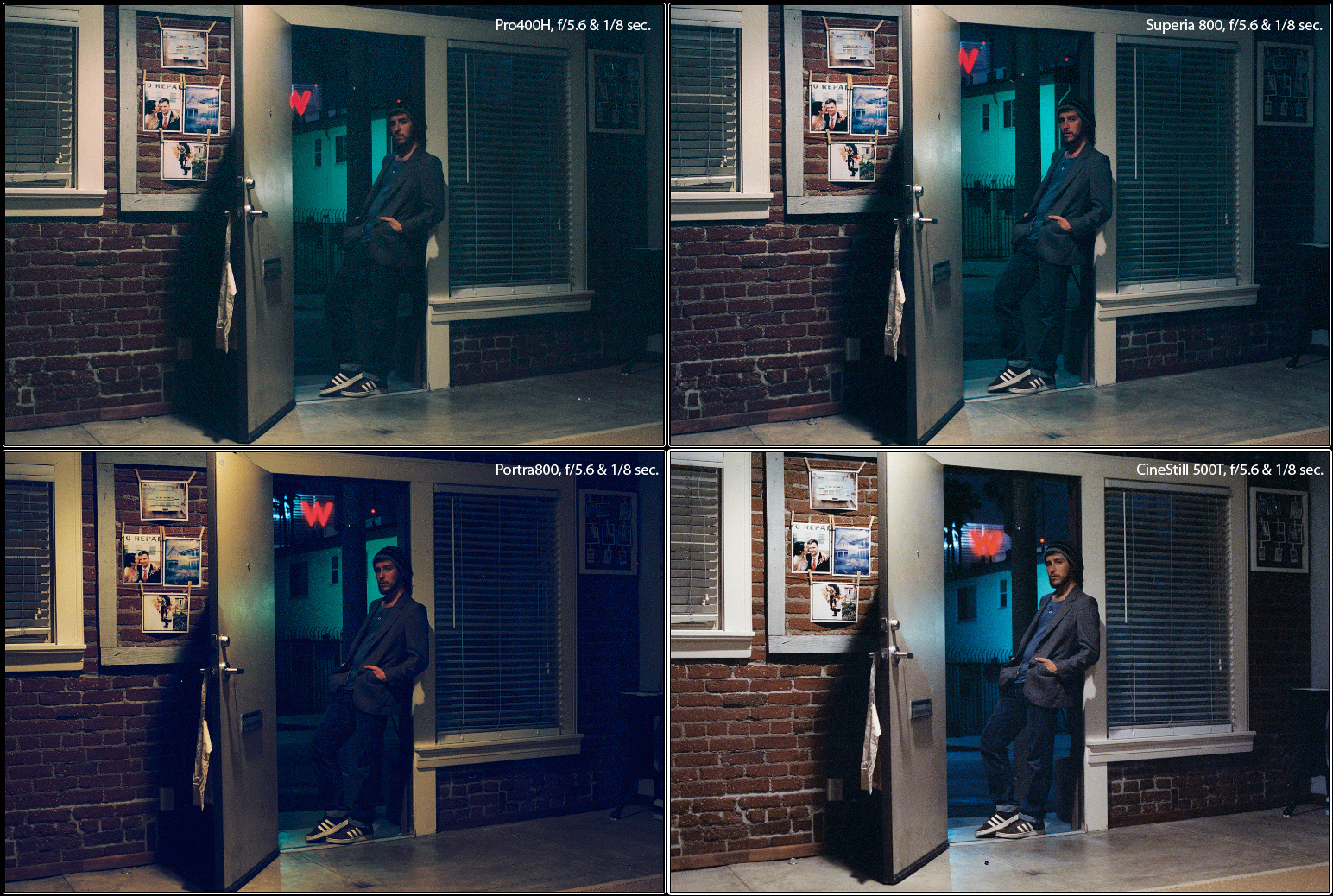 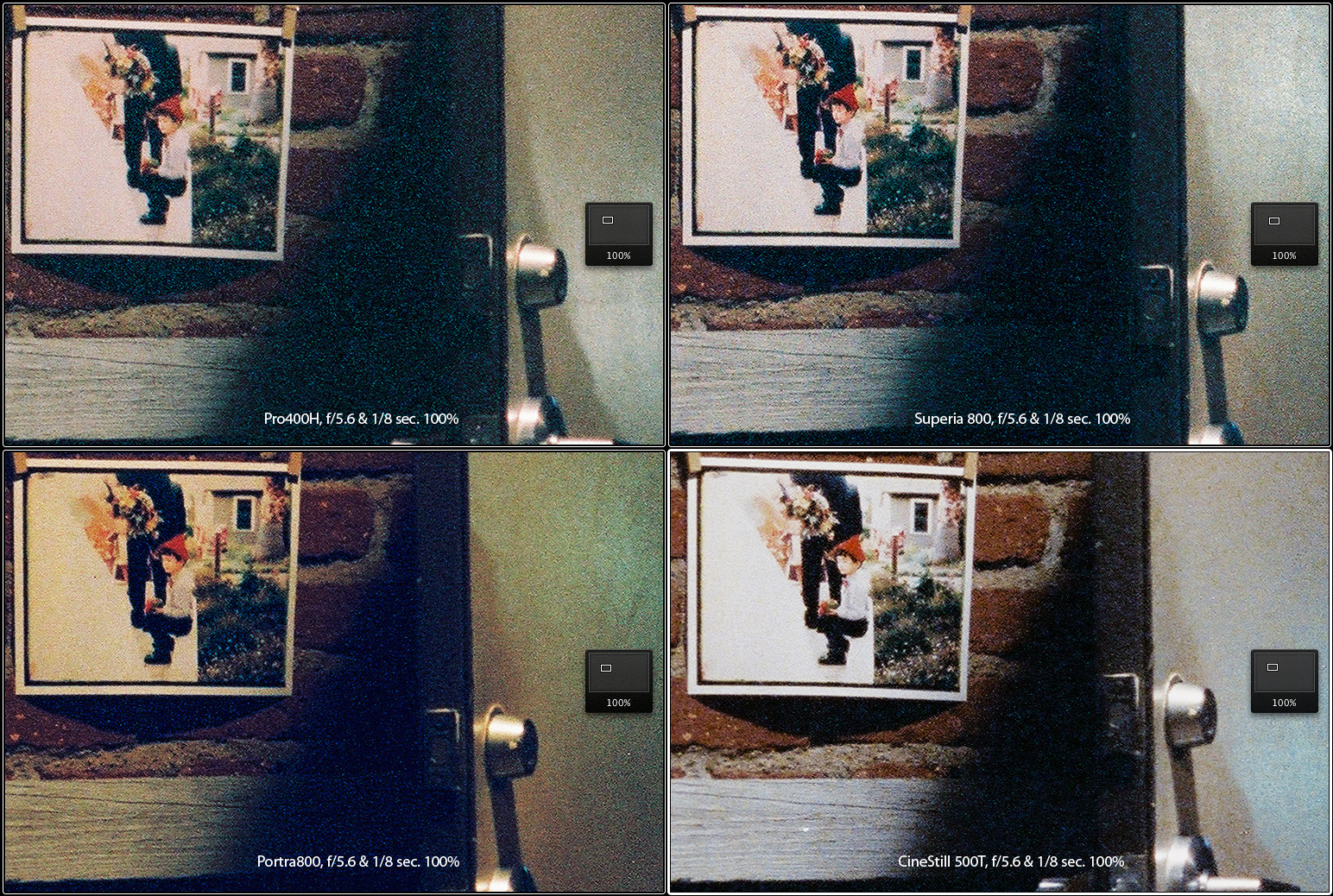 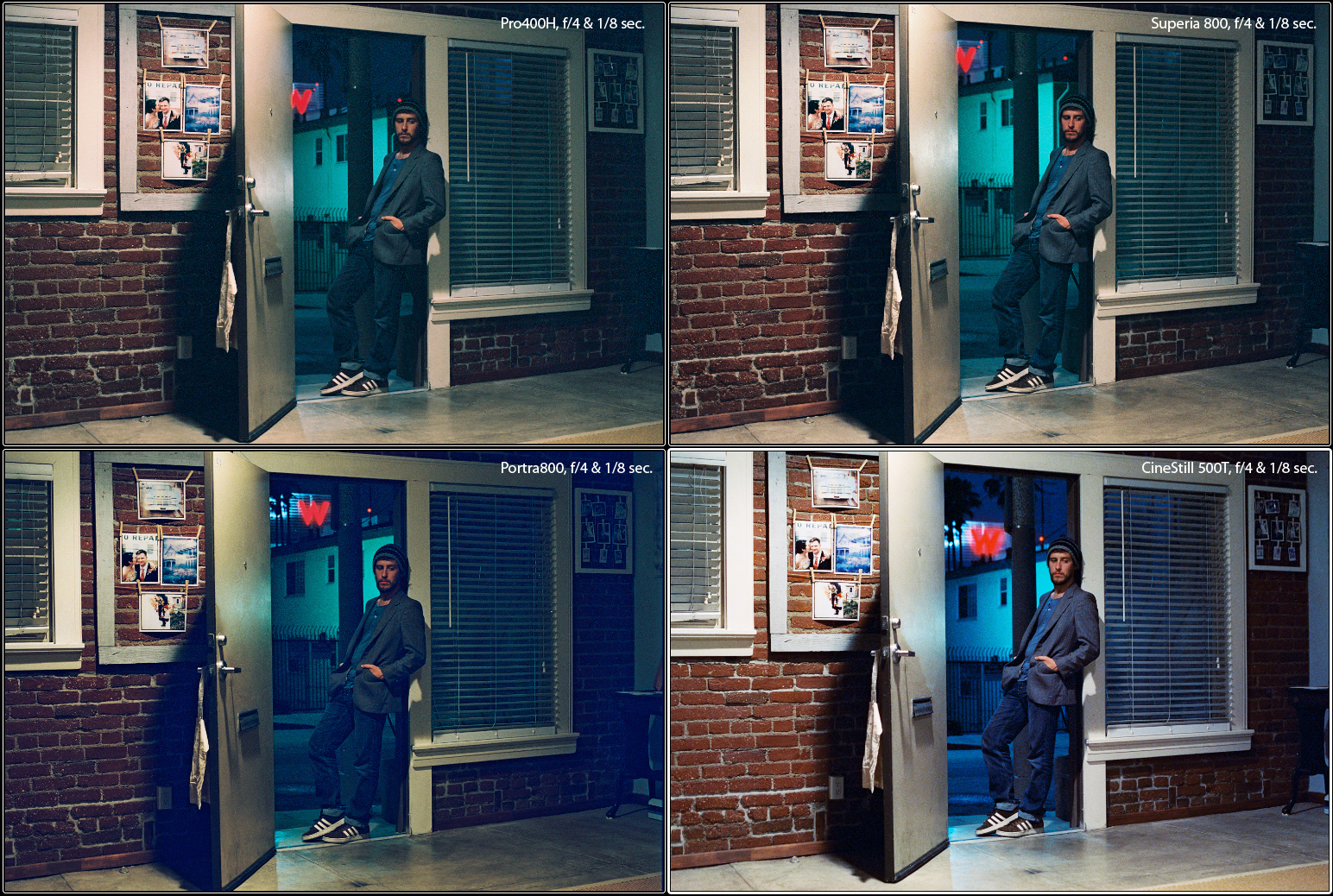 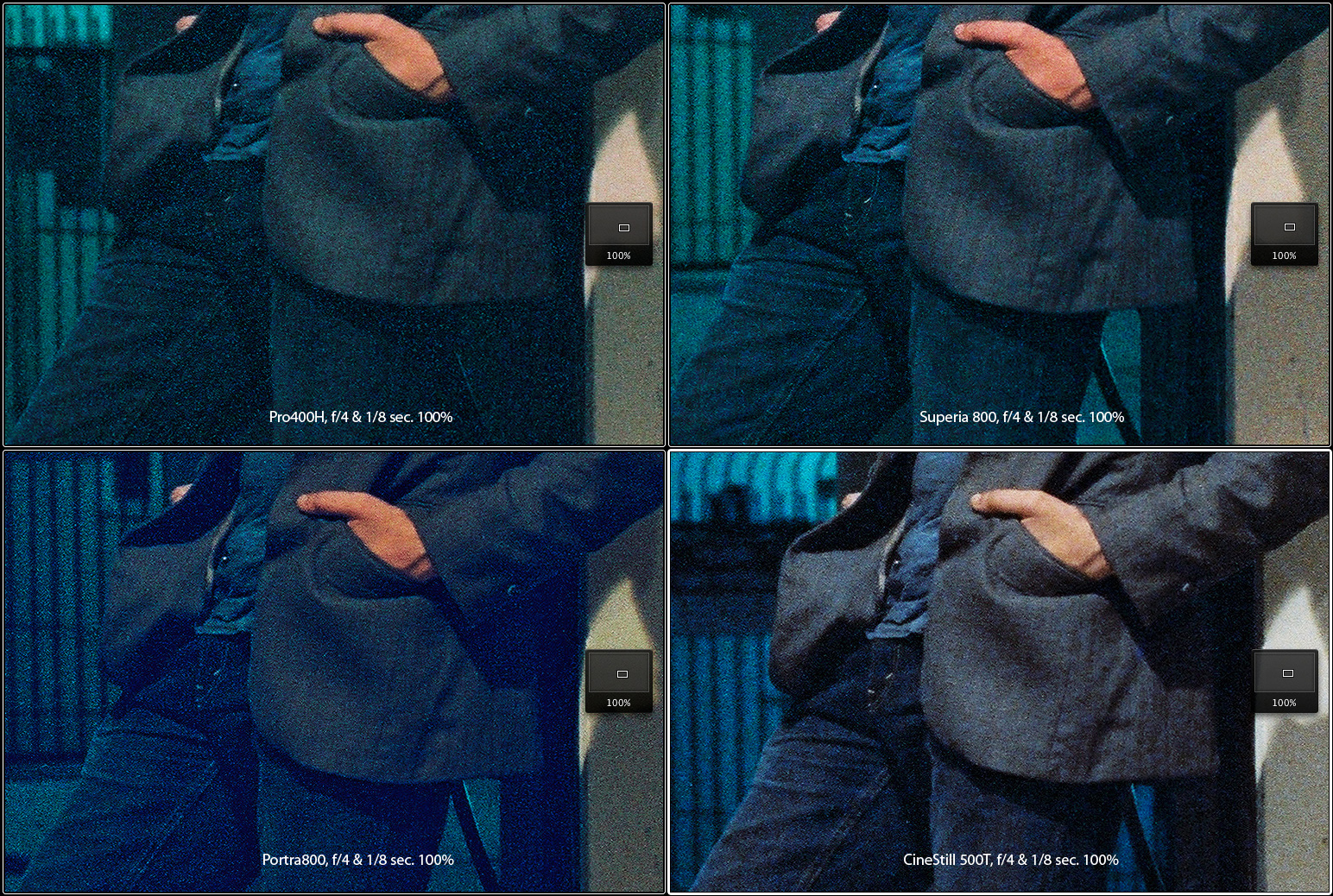 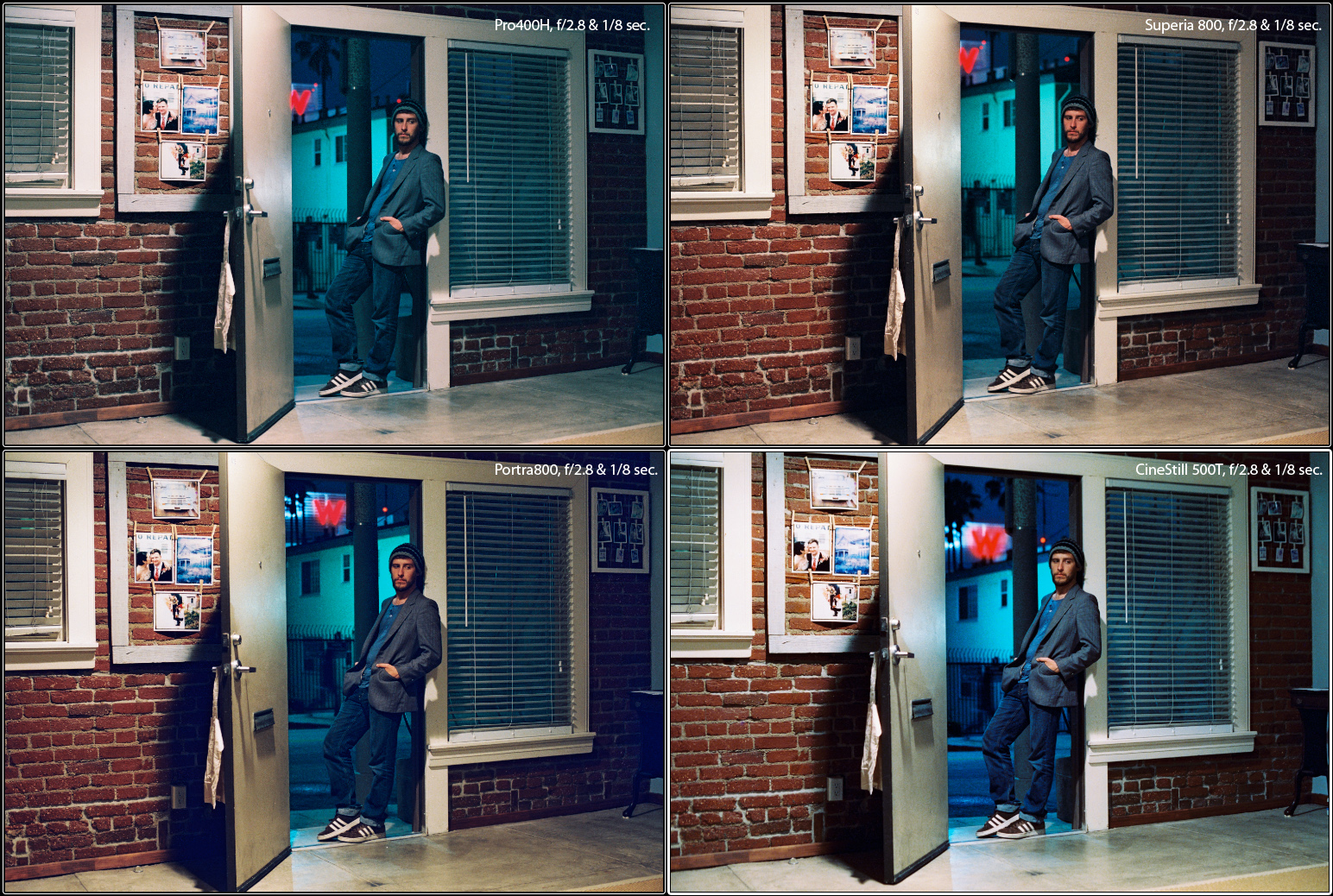 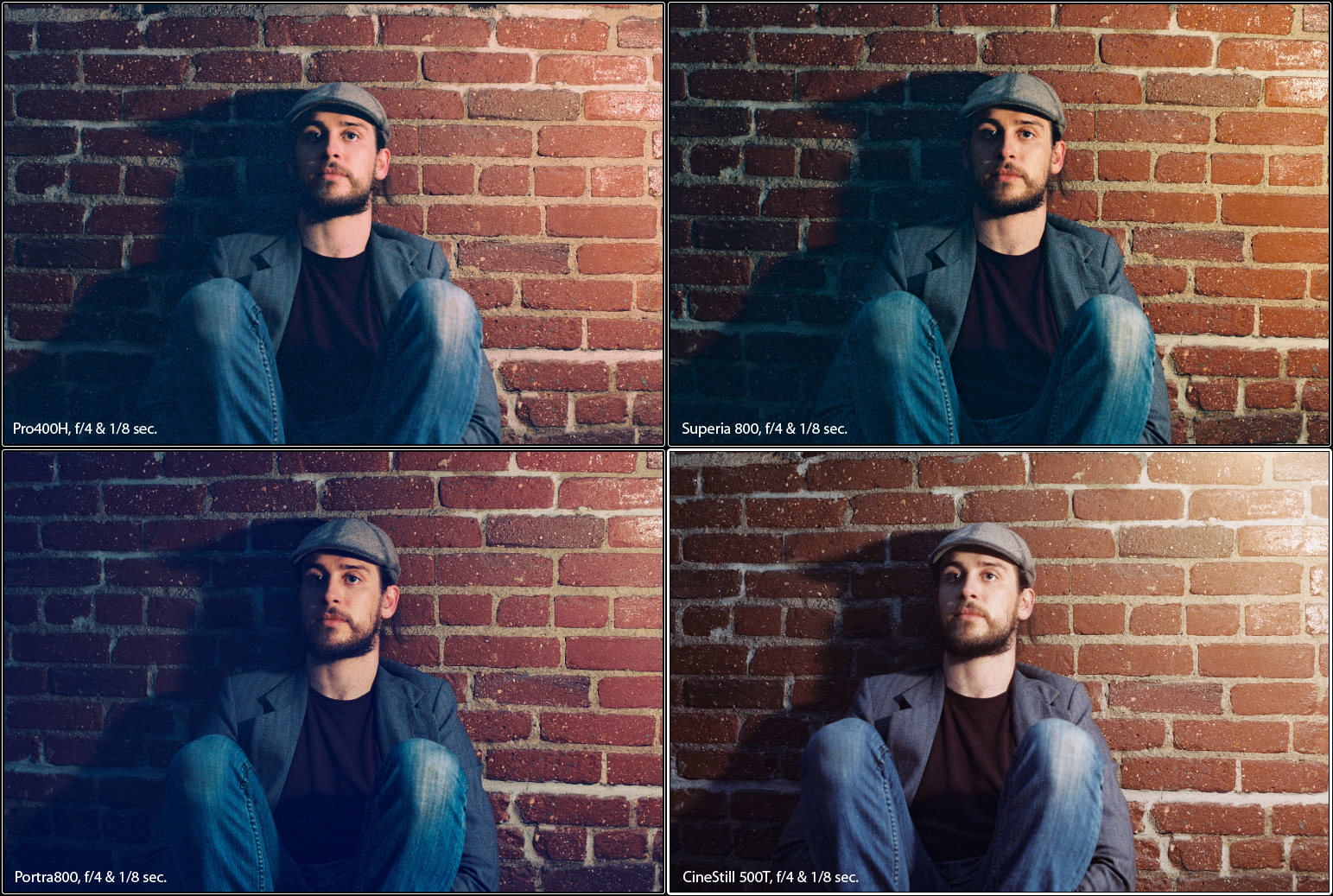 Based on these results, it is clear that if you are looking for good color in tungsten light with a daylight balanced film, you better give it more exposure and use a really good lab. And remember that pushing your film won't give you any better color, it will only boost contrast and detail in the mid tones.

We recommend, when shooting in tungsten light, in order to achieve acceptable color and shadow detail with these films, to expose at the following maximum ISOs: